Walking through the stoned streets of Zagori 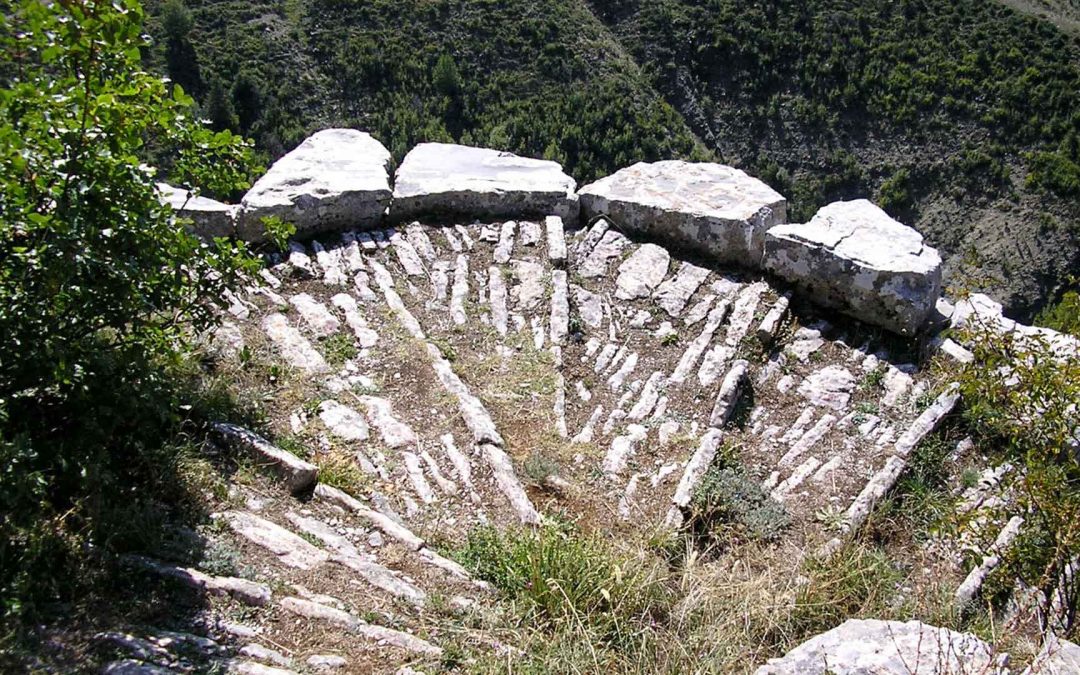 Skala Vradetou
The famous Skala of Vradeto, which bordered the village of Vradeto with Kapesovo and the rest of the world until the 1970s, is today an amazing hiking trail and a pilgrimage to local architecture. The descent to the two bridges, Pera and Dodeta, which join the bed of the Messaria gorge, lasts about 1 hour, but it will take you much longer. Every few meters you will be short to observe the impressively designed work that is said to have taken 20 years to build (dated back to the early 18th century). Three traffic lanes, one for black-haired animals and two for people with white, measured width, calculated exactly so that the animals can swing along with their bulky load and more than 1,000 pavement steps covering a smooth altitude difference of 250 m.

Skala Vitsas
Skala was built by the benefactor Angeliki Papazoglou in the year 1868. It was used for a century because it was the road connecting the villages that were located on one side of the Harada with the other opposite. It is a paved, unparalleled architecture that links with the wildness of the landscape. The “Skala of Cyr Alexena” or “Skala in the river” is a genuine traditional path with its largest part being paved. Its section near Vitsa is a new construction, while passing the Vikos river from the stone bridge of Mision.
This staircase was the main road from the Middle Ages to the Second World War for the villages of Zagori and the traveling Zagorisians, on their multi-way journey to and from abroad. A large part of the path is covered by centuries-old trees in the area while the view of the Vikos Gorge from the chapel of Agios Nikolaos is unique. There is a sign from the village square, which leads the walker after a comfortable 20-minute walk to the ravine bed and the traditional bridge of Mision. This path is unique for its excellent construction on the Vikos gorge and for the natural beauty of the area, the Vikos National Park, as well as the unique flora and fauna of the place.

Skala Koukouliou
It is an old cobbled road that connects Kipi with Koukouli, two villages of Central Zagori. Part of the path is paved, at the point where the path descends to the small Vikaki Gorge. Nevertheless, the rest of the path is not hard to walk around and admire the beautiful locations.