The imposing Castle of Ioannina 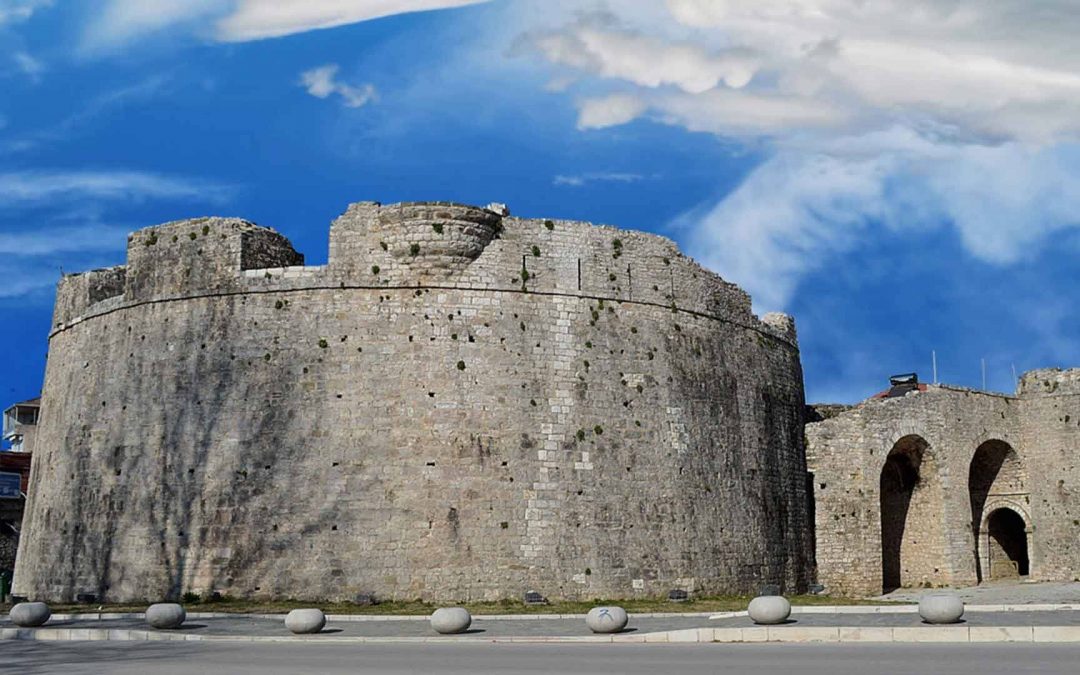 The imposing castle of Ioannina
The Castle of Ioannina is a point of reference for the city. Its present form is due to Ali Pasha, who rebuilt the castle in 1815 almost on its foundations.Access to the castle until 1913 was possible only if the staircase connecting the outer world with the castle was brought from the inside, because the lake and the water ditch were touching the walls. From the central gate, in which the Turks hung the new Martyr George, the patron saint of Ioannina, we enter the castle. This gate is at the end of Averoff Street. Above the central gate we can see the coat of arms of Ali Pasha. On the right side, the tower built during the Ottoman domination on the Venetian clock of the Castle rises above the wall. This watch was overwhelmed by the Italians in 1917 and was recently replaced by the Yanniotes. Its narrow streets lead us to the hill where the mosque of Aslan Pasha is located on the north acropolis. It was built in 1618 by the homonym Pasha in memory of the crushing of the revolution of the Dionysius Philosopher (1611). It dominates the most beautiful part of the city overlooking the lake, the island and the city itself. In the place occupied by the mosque today was the temple of St. John the precursor that was destroyed in 1611. Today the site functions as a Municipal Museum. To the right and to the left, as the uphill road starts, we find many buildings of the Ottoman domination. To our right we find the Turkish baths (hamam), built with a peculiar architecture (in the shape of a cross, with a vaulted dome). They included changing rooms, bath areas, and a rest room. The baths were a place of communication, especially for women, for which special preparation for the bath was also planned. On our left is the well-known Sufari Sarai. It was a two-storey building with a stone external staircase and a wooden roof. This is Ali Pasha’s camp, where the protagonists of ’21 (Androutsos, Karaiskakis, M. Botsaris, Athos Diakos, etc.) were trained. The Turkish library was built in the early 19th century. Includes a room with a square corridor and two rooms at the edges. It is excellent art the vaulted roofs, preserved intact, only without books or manuscripts. Leaving the north acropolis, we go to the inner fortress, Ich Cale. Before entering this area, we find the plane tree where the leader of the Kftouthonis Katsantonis martyred in 1807.
The gate is kept in a very good condition and is impressive. Above the arc were two lions with the word “Aslan” that were stolen. To the far left, the Fetichi Mosque, built in 1618, stands on the site of the Christian church of Archangel Michael. Along the mosque, the marble base of the Ali Pasha family tomb is preserved. He is buried only by his headless body and his wife Emine.His head has been buried in Constantinople along with his children, Mukhtar, Veli, Salih and Mehmet, executed by order of the sultan. The nice iron railing stole it from the possession. The place where the Byzantine Museum is in operation since 1995 was the Ali Pasha serpent, which it built in 1789 and had an administrative center that was completely burned down in 1870. Right from the Byzantine Museum are the ruins of Ali’s harem pasha.The tower of Boemondus (bastion) is one of the few medieval buildings that have survived. It bears the name of the Norman conqueror of Ioannina (1082 AD). During the Ottoman domination he housed the financial services. At the South Acropolis of Ioannina Castle, near the tower of Boemondus and in contact with the temple of Agioi Anargyroi, the historical warehouses of Ali Pasha’s barracks are preserved.
The castle of Ioannina with the buildings of the late Ottoman period, built in 528 AD. by Emperor Justinian, is an entire state on its own. Within the walls of this state, the spiritual life of the city progressed and continues to progress to this day. The castle of Ioannina takes you to another era. Legends, legends and traditions surround the visitor, grab hold of him and accompany him as he walks through the old town while the elaborate mosques alternate with sunless dungeons …
And do not forget to visit the New Artillery Museum in the western bastion of the south-eastern citadel of Ich Kale, which helps to save knowledge of the continental craft, to disseminate to the general public information about its technology and its connection of technology with the social characteristics of the era in which it grew and flourished.