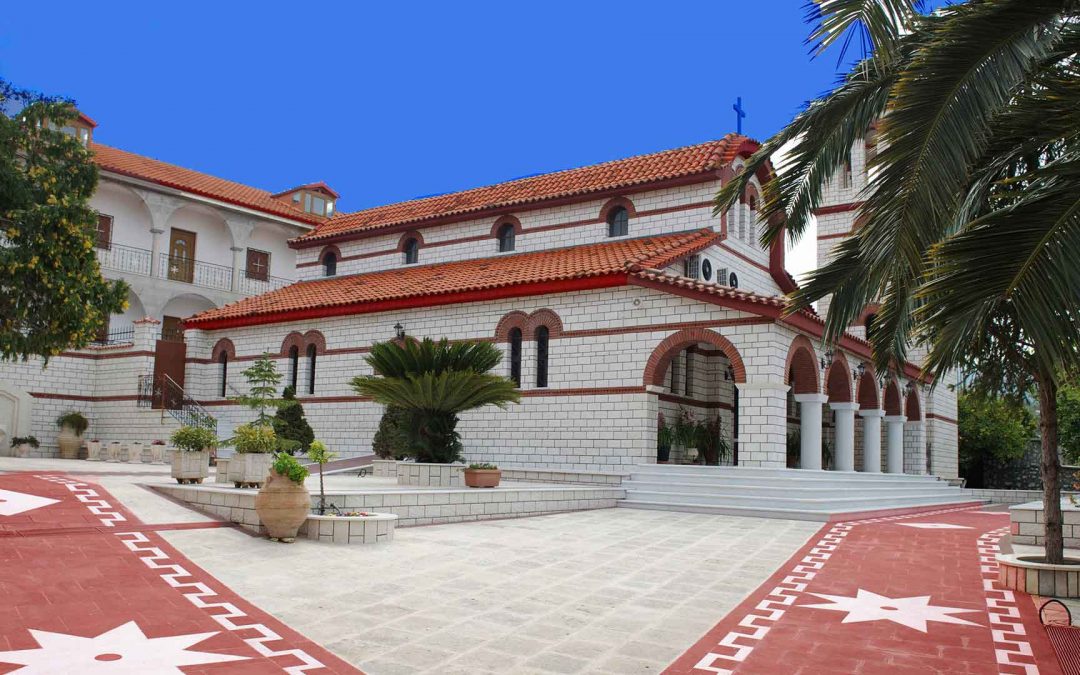 Ecclesiastical Museum
Τhe ecclesiastical museum is located in the centre of the town of Parga, just along from the parish church of the Holy Apostles. The rich content of are distinguished: Two copies of epitaph of a monk in the Holy mountain (1600), two gospels of the 17th century (a work of a venetian silversmith who built the great silver candle, the other a manuscript of a monk in 1625, with a paper produced at that time in Parga), pictures newer and old of inestimable value among them of the Virgin mary of Vlacherna, the Panagia Odigitria and the Panagiotopoula.
Also there is kept the banner of Parga, 300 years old, of red silk painted with oil on both sides, where are depicted the Virgin Mary and child with gold stars. On top of the flag distinguished marks of Turks bullets.

Church of Agios Sostis
The church of Agios Sostis is one of the most far-fetched of this area. Built in the dent formed by two attached huge rocks, from which the one serves as the protective wall of the church, is full of images and is associated with various local traditions. Located on the secluded beach of Agios Sostis at a distance of one kilometre south of the beach of Sarakiniko. The road access is quite difficult and for this reason it’s preferable as a means of transportation the boats.

Monastery of Agios Dimitrios
The Monastery of Agios Dimitrios is on the right bank of the kokitos river , 2.5 km NE of the village, Kypseli. It’s the only Byzantine monastery on Municipality of Parga on the Prefecture of Preveza, dedicated to Saint Dimitrios. From the Monastery of St. Demetrius preserved the Ledger, the Bank, the ruins of the cells and auxiliary rooms that probably date back to the 17th or 18th century. The Monastery in accordance with the style of construction that refers to building of the Despotate of Epirus, at the end of the 13th century, while the partially damaged inscription which it bears, indicates the name of Michael B Duke, as a founder or officer of this Michael Zorianos.