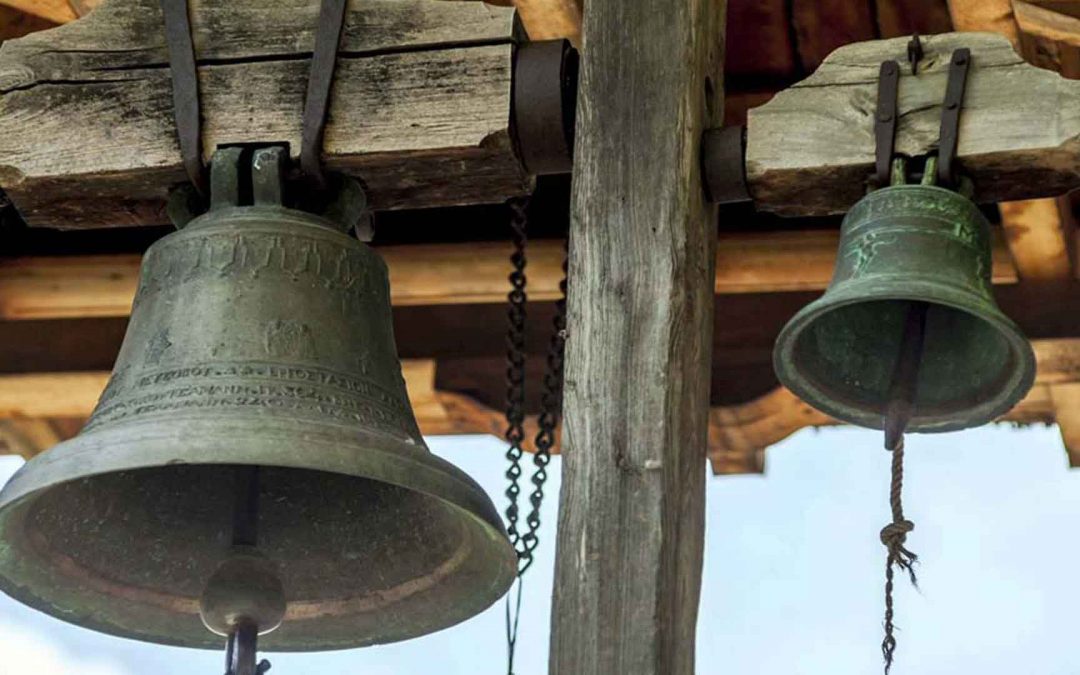 Church of Agia Paraskevi
The church of Agia Paraskevi is located in Metsovo – in the center of the settlement – and is probably the most remarkable temple. As a rare Temple, it has such a historical sense as the church of Saint Paraskevi of Metsovo, which was and for the locals it is  the axis of rotation of their religious, national and cultural life.
The 500 years since the first renovation of the Holy Church of Saint Paraskevi of Metsovo was completed in 1511. Of course, the church of Agia Paraskevi is older. And only the mention of 1380 AD in the anonymous time of Ioannina for the hieromonk Isaiah as a professed Metsov, confirms the veracity of the truth, since Saint Paraskevi was initially a Monastery and Isaiah was her Adventist. For the history we mention that the rest renovations of the church of Agia Paraskevi were made in 1759 with imperial leave, in 1894 with the expense of Georgios Averoff and in 1959 by the Baron Michael Tositsa Foundation, initiated and edited by Evangelos Averoff – Tositsa.
Of great artistic value is the temple of the temple, which was painted by the locals of Metsovo wood sculptors in 1730. The carvings of the idol represent various episodes from the Old and New Testament as well as various decorative elements. The twenty-two icons of the upper zone of the idol are the faculty of the NT. Greece and are chronological in the period between 1700-1730. The ten wonderful pictures of the lower section are Russian and are placed between 1820 and 1840. They are tribute to Metsovo flocks established in Russia.

Monastery of Agios Nikolaos
The monastery of Agios Nikolaos, built in the southwest of Metsovo, near the bank of the Metsovo River, was one of the most important monasteries in the region. Its founding dates back to Byzantine times, as in the 14th century. It is the first time to speak of the monastery and his leader Isaiah. In its long history, it was repaired several times, but it was radically renovated around 1700. Its present form is due to the restoration works that took place around the 1960s by the Baron Mihail Tosista Foundation.
A chapel has been set up in contact with the exterior of the church, dedicated to the martyr Agios Nikolaos of Metsovo, who martyred in 1659. The monastery is surrounded by cells and other auxiliary buildings that are kept in good condition.

Church of St. George
The Church of St. George is located in the northwest part of Metsovo, in the center of the Averofiou Garden. In the past, the temple was renovated in 1850 at the expense of Georgios Averoff and in 1964 at the expense of the Baron Michael Tositsa Foundation. In 2002, it was completely renovated, at the personal expense of the former and president of the EGNATIA EPIRUS Foundation, Mr. Yannis Averoff. The temple of St. George is a typical example of a basilica with a dome, a wood-carved idol, an archdiocese throne, 19th-century pulpit and pictures dating from 1709.

Holy Monastery of the Assumption
The Monastery of the Assumption is located a short distance from the settlement of Metsovo, at the intersection of the two tributaries of Arachthos, Metsovitikos and Aneliotikos. The Holy Monastery of the Assumption of the Virgin is a unique monastery located in Metsovo and built in 1754. It includes two-storeyed cells, guest houses, paved courtyards in planes, magnificent frescoes, idol and 17th century icons and its bell tower from the middle and above it is wooden. They say that his bell was built in Ioannina in 1870. The Panagia Metsovo Monastery (a monastery of the Lower State or the Lower River) was founded in the 17th-18th century and is dedicated to the Assumption of the Virgin Mary. The location of the monastery and testimonies show that the monastery served the hikers who took the road to Zygos to reach Thessaly. The abbots of the Monastery had the financial management of their estates and regulated their farming and farming machinery. They signed donations, tenants, hired workers and arranged for his tributes. Since 1958 the monastery has been closed to be renovated and recommenced in 1977 by the nun Thekla.
Every year on August 15, there is a big festival in honor of Our Lady.