Major monuments worth visiting in Ioannina 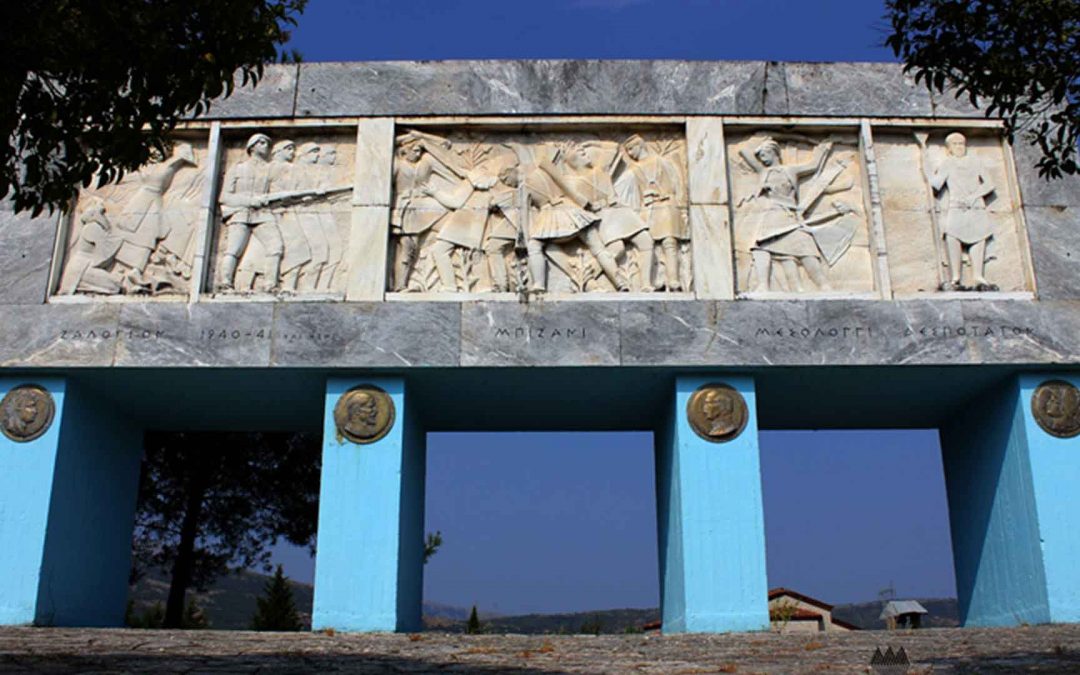 Μonument Bizaniou
In Bizani and 100 meters from the highway the monument of Bizanomachon rises and observes across the hill of the sacrifice of Bizanomachon as small gift in return of us, the younger generation, for the great sacrifice of so many people from all parts of Greece and the world.
The monument, this trophy of victory was built in 1961-1962. Painted by the artist L. Lameras. On the north side it depicts characteristic scenes – stations throughout Greek history, particularly of that associated with the history of Epirus, intense and characteristic are: A Ship from the battle of Salamis, the dance of Zalogo, fighters of Bizani, the fighters of 1940, and persons associated with the history of Epirus as Pyrrhus, Alexander the Great, Venizelos, Constantine.

Jewish Synagogue
The “Ancient Sacred Synagogue of Ioannina” is one of the largest and oldest buildings, preserved in Greece (Corfu, Halkida, Rhodes). The monument consists of a rectangular vaulted pillared hall with many windows. Beyond the built inscriptions on renovations of the building, the reconstruction time of the synagogue is unknown. It was probably built over an older one. A second synagogue in the city of Ioannina was outside the castle (Arsaki Street and Joseph Elijah). The Jewish community of Ioannina is mentioned since the Byzantine period. In the decree of the Emperor Andronicus II in the year 1319 «freedom and peace” was given to the city’s Jews. After the persecution of Ferdinand and Isabella of Spain in 1492 many Spanish Jews fled to Giannina. Until the Nazi persecution the Jewish community was an important factor in the local economy and history. Until the 60s a Jewish school functioned while the town cemetery is preserved today, buildings from the Jewish neighbourhood and the Synagogue in the Castle.

Monument Lorenzo Mavilis (Driskos)
The monument of the poet and fighter Lorenzo Mavilis (in which his bones are located) is on the verge of the Vasiliki community, a little far away from Ioannina, in the area of Driskos. At this point on November 28, 1912, the Ionian Islands poet was killed with the volunteers Garyvaldinous against the Turks for the liberation of Ioannina. The Corfiot (with Spanish roots) poet was born in September 1860 in Ithaca and killed on November 28, 1912, in the area of Driskos, fighting for the liberation of our city. In the battle of Driskos on November 28, 1912 and after having assumed command of the department (their leader had been previously injured), the Lorentzos Mavilis fell dead heroically fighting. According to the competitor Nick Karvouni, the last words of the poet was “I expected multiple honors from this war, but not the honor to sacrifice my life, for Greece.”