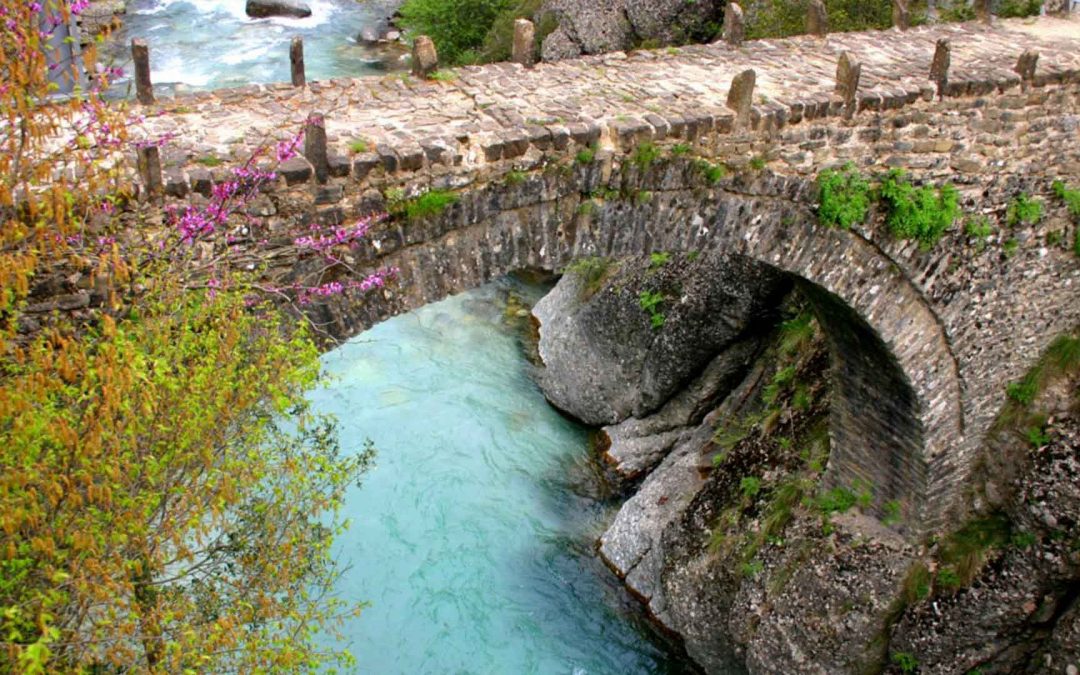 At Tzoumerka, where the water and the rivers are abundant, one has the chance to visit and traverse many stone bridges. These edifices, beside their practical use, constitute the ultimate feat of both architecture and elegance, since they fit in perfectly in the surrounding environment.
The bridge of Politsa, a one-arch stone-bridge, connects the village of Ampelochori with that of Fortossi. There are no known data concerning when and by whom it was built. Next to it and even sharing the same boulders, has been built a concrete modern bridge for the vehicles, which looks so odd next to the traditional stone-bridge.
The wealthy merchant Siggounas from Sirrako, commanded the construction of the bridge that is named after him (Siggounas’ bridge) near the village of Kristi, as this is the point from which his merchandise crossed the river on its way to the town of Arta. Before the construction of the bridge the merchandise was transported by means of a wire-rope, attached to each riverbank.
It is also worth visiting the bridge of Politsa, which joins Ampelochori with Fortosi and the bridge of Sygkounis in Kalaritikos River, shortly after Christoi.
At Vourgareli village one can come across the stone arch-shaped bridges, located at Korai Stream at the site called Megali Vrissi (Large Spring), as well as the renowned Neraithogefiro (Fairy-Bridge).