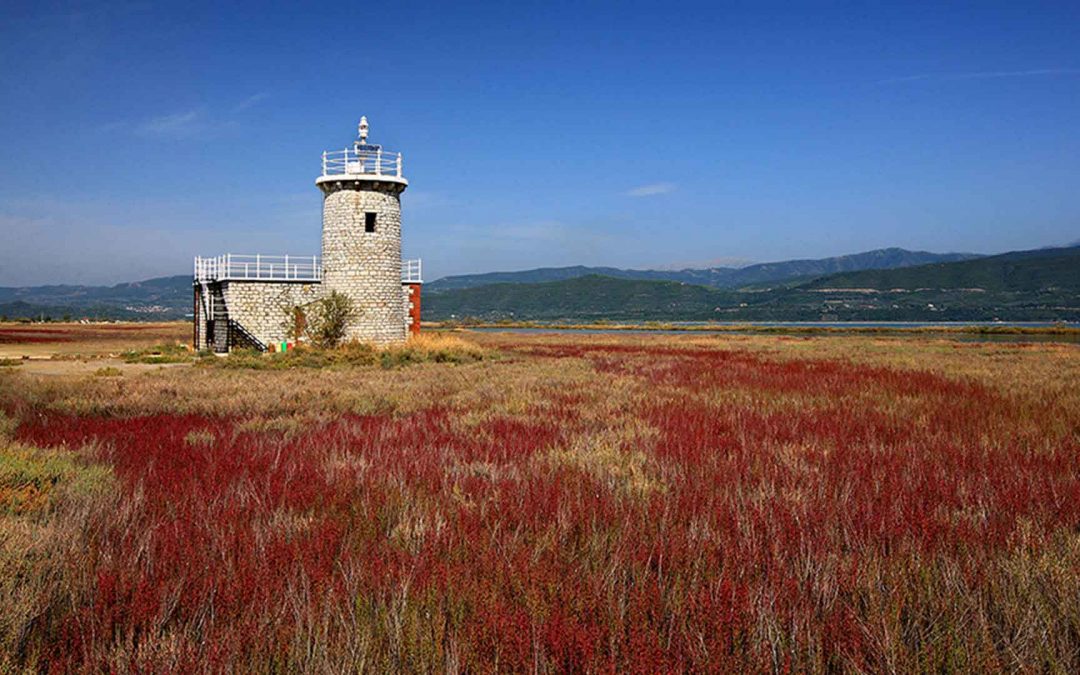 The Archaeological Museum of Arta was built at “Trigono” location next to the legendary bridge of Arta and its opening took place on autumn, 2009. The regular exhibition is mostly referred to Ambracia, the ancient city that is buried underneath Arta, and includes three large units: the public life, cemeteries and the private life of the Ambracians, while at the beginning as well as at the end three are the two smaller units of the beginning and the end fof Ambracia respectively.

Museum of Classical Antiquities
The archaeological collection that is housed in the former eating room of the monastery of Parigoritissa the findings that are demonstrated mostly derive from the excavations of Arta as well as of the wider area of the prefecture. The seven showcases of the exhibition include earthen and copper vessels, statuettes, jewelry and further various objects.

The Municipal Gallery of Arta “Yannis Moralis”
The Municipal Gallery of Arta “Yannis Moralis” launched in December 2010 and it is housed in the renovated building of the former Fire Station. It has two main rooms, one of which houses the permanent collection and other occasional temporary exhibitions. The continuous organizing temporary exhibitions, the enrichment of the existing permanent collection, the guided tours, the educational programs are only some of the Gallery’s objectives aiming to the development of the artistic education and its continuous and its active presence in the cultural activity of the city.
Opening hours:
Tuesday – Friday: 9:30 to 13:30, 17:30 to 20:30 Saturday: 10:00 to 14:00 Sunday – Monday: Closed

Folk Museum of “Skoufas” Association
The museum is housed in a tow-storeyed neoclassical building next to the bridge of Arta. Its purpose is to present the local folk tradition at its intellectual and financial dimension. It bears its own history and tradition, which is emphasized by the fact that it is next to the legendary bridge. Built in 1864 by an Austrian architecture, it was initially used as the outpost of the bridge as well as the frontier post of the Turks later on, when after the 1881 treaty the limits between Greece and Turley were right at the middle of the Bridge of Arta. The objects of the museum have to do with manual life (manual professions, agricultural activities), houseware, handiwork objects, parts from Halloween costumes, clothes as well as material (printed or artistic) about the bridge and its legend.

Historical Museum of “Skoufas” Association
The theme of the Historical Museum of “Skoufas” Association has been the history of Arta from the ancient times until now and it has been organized based on the modern concepts of Museology, according to which the museums are active educational places. Consequently, some scenic compositions have been created insider the museum and they can help visitors to watch the chronological order of the history of Arta and learns it in a pleasant and easily understandable way, as he moves from one room to another.

“Skoufas” Library
This library is unique in the city of Arta and one of the most remarkable ones in Greece because of its very rare issues and editions. It collaborates with universities and technological educational institutes throughout Greece and it is visited by academic professors for their scientific essays. It also collaborates with schools of our city that implement European projects with the participation of young people. The books of the library of “Skoufas” Association come up to almost 25.000 volumes and they are rare editions and series which may not exist in any other library.

Museum of Natural History- Environmental Educational Centre of Arachthos
It is housed in the building of the former custom office of Kopraina that was renovated in 1994 and it includes 4 rooms. The first room has a storyboard, various maps of the Ambracian Gulf and a map of Greece where all National Parks, wetlands and aqua parks are demonstrated. In the second room there are photographs of the sights of the area. In the third room, a tour to the wetlands, the seas, the lagoons, the marshes, rivers and hills of the areas is made, while in the fourth one there is information about the dolphins, the sea turtles and the birds.

Fishery Museum- Environmental Educational Centre of Arachthos
It was established because the Ambracian Gulf is one of the most productive fishery sources in the region of Epirus. The everyday life heroes, fishermen, have been fishing and inventing ways to catch fish for years. They use the method of trolling, cast net fishing, daylan fishing, net fishing, fishing with a light attractor and fish traps in passages and farms. In the museum there are wooden constructions of ships such as “gantzao”, barges, light fast-sailing boats, “karavoskaro”, trawlers, etc…

The Museum of the Lighthouse
This lighthouse was constructed in 1893 and it is in Kopraina, Arta. Kopraina (Alyki) was a port with an important commercial activity that started in the byzantine period and continued throughout the period of the Turkish rule until the beginning of the 20th century. Nowadays old buildings have been renovated and the place is really attractive to visitors. The building of the light is open as a museum and it was inaugurated in October 2000. Actually, the museum is in the house of the lighthouse keeper which is next to the stone-built lighthouse the tower of which is 9 meters long and its focal height is 12 meters. Exhibits include: tools and organs of old lighthouses and the following are presented in the museum: the mechanism of the operation of the lighthouses, their utility in navigation, the life of the lighthouse keeper and some details of the local history of Kopraina. Form the roof of the museum you can enjoy a panoramic view of the wetland, the estuary of Vovos Rover and the delta of Arachthos.

Private Collection of Folk Material of P. Karalis
It started in the beginning of 70’s by Pantelis Chr. Karalis in Kypseli (Chosepsi) of Arta. The folk collection of P. Karalis turned soon into a Museum of Folk Art and Life. Mr. Karalis for more than thirty years has been collecting and recording a lifestyle in the area where he was born and he lives: the simple, used, every day tools clothes, popular songs, all the aspects of the life and art of Tzoumerka, their wooden civilization. Consequently, he manages to connect the museum with life, through his exhibits, which apart from their practical function they reflect the local society and the civilization in which they were born and which they express. The collection which keeps being enriched, chronologically, covers the past two centuries. Its material exceeds 1.800 objects and includes vessels of agricultural, shepherd and domestic life, local weapons and clothes, woodcuts, woven fabrics, samplers, coins, tools of various professionals etc.