An “atmospheric” lake, crafted with myths 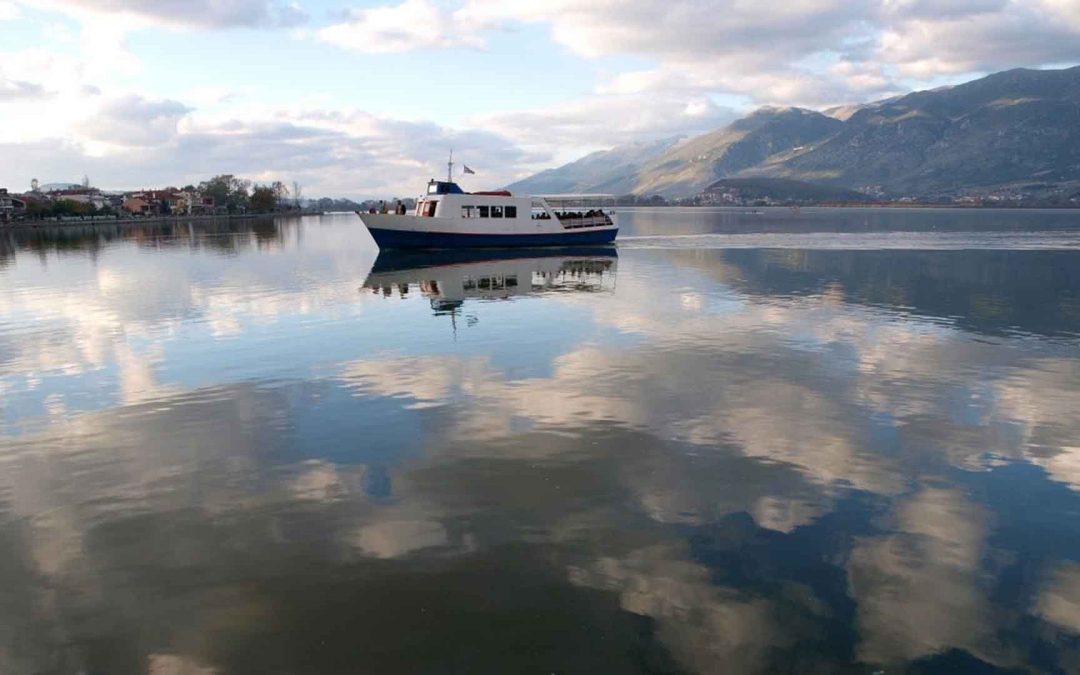 This is the legendary lake of Pamvotis which, according to the etymology of its name, “nourishes everyone” and its bottom is a rare and invaluable “record of nature”. Pamvotis, the second oldest lake in Europe after the Ohrid Lake, also known as the Lake of Ioannina, is the pride of the Yannioi. The beautiful lake is crowned by the Mitsikeli Mountains and the eastern anthers of Tomarus, or Olytsikas, while its basin is filled with the waters of mainly three springs, Drabantova, Sedenikos and Kryas, which spout all three of the foothills of Mitsikeli , as well as torrents.

Two elements characterize Lake Pamvotis: the peninsula, where the Castle of Ioannina is built and its famous Island, one of the least inhabited lake islands, as well as the one most probably without name, obviously because it does not need it. Just say the island of Lake, Pamvotis or the island of Ioannina and everyone understands what you are talking about. The wet Pamvotis is “responsible” for the wonderful winter atmosphere that adorns Ioannina, but also for their glowing summer image when the sun’s rays swirl over it. This is a beautiful scenery, literally on the feet of the Yannioni and the visitors of Ioannina, who do not enjoy the walks on its banks. The continental climate prevailing in Ioannina sheds temperature every year in the winter months to 4-5 degrees Celsius on average. However, there have been times when the cold turned into frost, causing Pamvotis to freeze. A more recent example is in 1992, when the Yanniotes traveled to and from the Island, on foot or on bikes. The fresh waters of Lake Ioannina stretch to an area of ​​23 square kilometers, with depths reaching an average of 4-5 meters, while in some places the 13 meters. It is part of a basin – which along with Giannena – is situated at a height of 470 meters above sea level. Lake Pamvotis has a perimeter of about 33 km, its length reaches almost 8 km, while at its widest point it reaches about 5.5 km. The lake of Ioannina is an excellent and sensitive ecosystem, which belongs to the European Network of Protected Areas (NATURA 2000), a “home” for the rare species of flora and fauna such as Norway lobsters, gouls, carps, wild goats, eels and many amphibians. migratory birds. At the same time, it is a great source of life, economical due to fishing, for Giannena and is a modern center for international sports such as skiing, rowing, kayaking and more. The Pamvotis dates back to 10,000 BC, while in the springs we first encountered its name in the 12th century AD by Eustathius in the comments he wrote about the Odyssey. It is also referred to as a lake, with its particular characteristics, the island and Hersonissos, without its name, however, in the “Buildings” of Prokopios, the historian of Emperor Justinian, in 527-528 AD, describing the an important strategic position of the basin, which led to the founding of the Fortress of Ioannina and of the city itself.

The beauty of Pamvotis can be enjoyed by the Castle of Ioannina and by the Kastritsa Hill, while its view will take your breath away as soon as you reach the exit of the Perama Cave after the end of another adventure that awaits you in Ioannina.A walk along the lake of Ioannina is the ideal way to start or end your day, regardless of the season. Stay for a coffee or tea in a traditional café, gazing at the lake. Somewhere there, time will stop. You are in front of Pamvotis, one of the few urban lakes in the country, the trademark of Ioannina, 26,000 years old! It is by far the most beautiful lake in Greece, with its dense banks and imposing mountains being reflected in its waters.